When the trailer for Fury was released this summer, it seemed possible that it could be the best World War II movie since the 1998 film Saving Private Ryan.  Yet despite its powerful punch and gritty appearance, Fury never quite reaches the caliber of Steven Spielberg's Normandy epic starring Tom Hanks.  Although both films are composed with overwhelming violent scenes of carnage, the movies contrast each other sharply in various ways.  The dark drama of Fury strays far away from the "Greatest Generation" feel-good narrative we have seen in many World War II films.  No glorified heroes are to be found in director David Ayer's (End of Watch) grizzly tank saga – and therein lies one of its greatest strengths.  Audiences gain a small sense of what war truly is: filth, death, fatigue, uncertainty and inhumanity.  In the long run, what we witness is an emblematic case study of a tanker family at war.  Defined by conflict, stressed by circumstance and bound together by a tense camaraderie, the men of "Fury" reveal the pessimism and savagery of the World War II generation one rarely sees.

Headed by a stellar cast, the film concentrates on a fictional platoon of American Sherman tanks in April 1945 Germany.  Facing fanatical SS troops with deep conviction in Hitler, the U.S. troops face a dogged battle deep in enemy country.  Brad Pitt's character, nicknamed "Wardaddy," is the head of his tank.  Scarred and embittered by the war, he nevertheless has a deep sense of devotion to his crewmates – especially newcomer Norman (played by the sensitive Logan Lerman), who is a clerk with no combat experience.  Lerman's innocent character colorfully contrasts with the ruffians played by Jon Bernthal (The Walking Dead) and Michael Peña (Crash).  Despite his recent displays of unusual public behavior, Shia LaBeouf shines as a fellow comrade who is a proficient killer that quotes scripture.  His every scene pours with emotion as he portrays a man on the brink of despair. 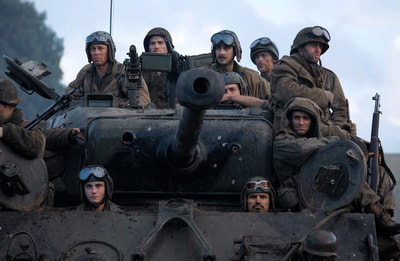 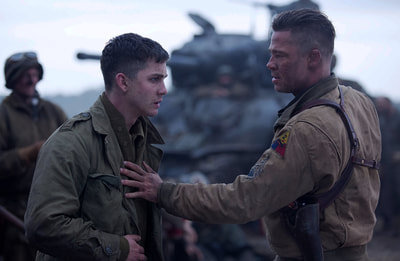 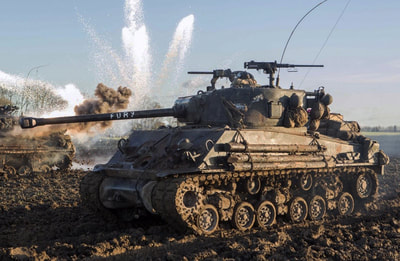 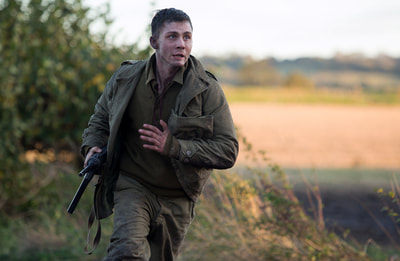 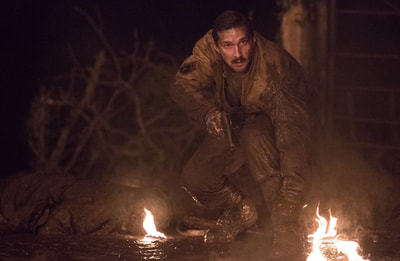 Regardless of the strong chemistry between these characters, one has a difficult time liking them.  In short, the characters are animals.  Devoid of morality for the most part, these soldiers see their existence as part of a dog-eat-dog world.  They kill with no hesitation.  They engage in butchery for the sake of their own survival.  They are products of their horrid environments.  Despite their gruff natures, one nonetheless roots for them as they cast their differences aside and reaffirm their conviction in one another prior to their final battle.  Accurately capturing close-quarters combat, Fury strives for authenticity.  The visceral depictions of the war are overwhelming – especially in the vivid (even if predictable or far-fetched) climactic showdown at a rural crossroads.  In the end, Fury serves as a potent and well-produced cautionary tale to warn us of the dehumanizing toll war takes on those unfortunate enough to fight it.
Credits: Columbia Pictures.  Analysis Copyright © 2014 - All rights reserved.  No part of this site may be used without written consent.  ﻿﻿Email Mark ﻿﻿with questions.